How Secure is Your Smartphone? 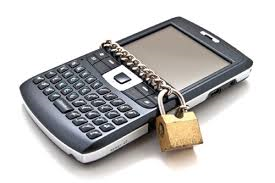 Poor Security: Of those surveyed, nearly 40% took no precautions to secure their smartphone: No screen lock, no apps to locate the missing phone or remotely erase data, and no data backup.

Mobility Risks: As more of us send emails, shop, fill out forms and perform other daily tasks on our smartphones, more of our sensitive personal information is at risk of being lost or stolen.

Minimal Privacy Control: Controlling privacy on your computer is a challenge; controlling it on a smartphone is even harder. Those never-ending privacy notices are just not fun to read on small phone screens.

Intrusive Mobile Apps: According to a 2011 study conducted by the University of California, Berkeley, roughly one in three Android apps requested more permissions of users than necessary due to confusion on the part of the developers. As a result, users may be agreeing to allow access to email and other personal information even though it is not essential for the app's functionality.

Location Tracking: While a smartphone's location tracking capabilities can be convenient, this information also makes us vulnerable. According to the survey, 1% of users experienced harassment or harm as a result of someone using location tracking to pinpoint their whereabouts. 7% reported that they wished to disable location tracking on their smartphones but did not know how to turn it off.

The infographic below, courtesy of Consumer Reports, illustrates the findings of this survey as well as some tips for securing your smartphone.